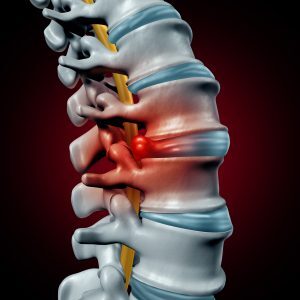 A question I frequently hear is, "won't inversion tables or traction do the same thing as Spinal Decompression Therapy?" The answer is NO, there's a big difference. Traction has been around for hundreds of years, but it is critical to understand how decompression is distinguished from the others.

The reason traction fails in many cases compared to spinal decompression is because of how the body reacts to it. The skeletal muscles have "stretch receptors" that prevent them from being "over-stretched." When traction, whether standard or inversion traction, is performed, the spinal muscle stretch receptors try to protect the spine. They do this by stimulating a contraction reaction.

The whole reason for performing Spinal Decompression Therapy is to create a negative disc pressure. Traction does the opposite of spinal decompression as a result of the stretch receptors reacting. In essence, traction increases disc pressure, the opposite of the desired effect. For this reason, patients with herniated discs will often feel more pain after receiving traction, than they did before the treatment.

Another difference in traction and spinal decompression is that a computer provides progressive and regressive rhythmic alternating steps to re-create a "pump mechanism". Decompression Therapy also has the ability to isolate the specific segment that needs the treatment. Traction can't do this.

A straight traction or inversion table is NOT the same thing as the decompression device that we use...

Why We Use Spinal Decompression Therapy

The traction/inversion tables provide a traction force across the entire spine and is not focused/concentrated on the exact disc(s) of the spine that has the failed pump mechanism. The decompression device that we use actually focuses on the specific disc that is unhealthy and that needs the pumping action to start again. It does this by using a series of angles and a computerized algorithm that is designed for each of the discs in the spine. The device can focus just on certain discs in the low back or in the discs in the neck.

Decompression Therapy is a computerized treatment that has the ability to prevent the muscle stretch receptors from working against the machine. This is a critical point, and is the primary factor that distinguishes Spinal Decompression from traction or inversion.

We look at Spinal Decompression Therapy as a valuable, hi-tech tool. However, it is really just a tool that requires experience and knowledge to get extraordinary results. Our clinical experience has resulted from thousands of patient treatments over the years.