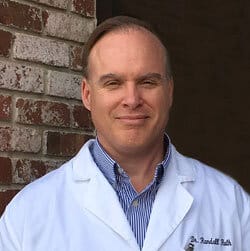 Dr. Randall Roth (Dr. Randy) graduated from Logan College of Chiropractic in 1990 and opened his first practice in the same year.  His interest in becoming a Doctor of Chiropractic (D.C.) began when he was diagnosed with scoliosis at the age of 11.  Unfortunately, the unexpected diagnosis resulted in Dr. Randy being restricted from participating in sports.  After being evaluated by an orthopedic doctor, he underwent a series of physical therapy treatments.  The treatments were ineffective at halting or reversing his scoliosis, so his parents contacted a local Doctor of Chiropractic to get a second opinion.

After going through an intense series of corrective chiropractic treatments, follow up x-rays showed complete resolution of his scoliosis. The successful treatment of his spinal condition had a profound impact on not only him, but his family as well.

Dr. Randy was able to return to sports through the rest of his time in high school.  In addition to academic awards, he received awards in weightlifting, set a district record in shot putting, and was a top contender in track and field at the state level.  He also was a starting defensive lineman in his senior year when his high school football team won the state championship. Moreover, he attributed his ability to compete in sports at this level directly to the profound corrective effect he obtained from Chiropractic care, and would not have participated had the scoliosis remained.  During his time in college in the 1980s, he went on to become a fitness trainer, and personally trained the winner of the Mr. Teenage Arkansas competition.

Eventually, five of Dr. Randy's family members, including his father, both brothers, a cousin, and uncle, became Doctors of Chiropractic after his treatment for scoliosis. He currently practices with his younger brother, Dr. Ryan Roth. 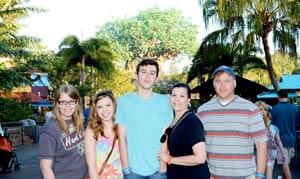 Since becoming a Doctor of Chiropractic in 1990, Dr. Randy has successfully treated thousands of patients for a variety of musculoskeletal conditions.  In 1995, he and his father co-founded the first multi-disciplinary practice of its kind in central Arkansas.  As a multi-disciplinary practice, he employed medical doctors and a physical therapist in order to provide a broad range of treatments for challenging conditions.  In the 2000s, he practiced in Plano, Texas, within the Dallas-Fort Worth Metroplex.  He attributes much of his current treatment success and practice methods to the many hours of seminars he received while practicing in the Dallas area. 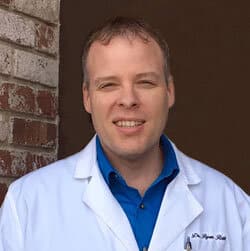 Dr. Ryan Roth (Dr. Ryan) graduated magna cum laude high honors with a Bachelors of Business Administration (B.B.A.) in Management Information Systems from the University of Arkansas at Little Rock in 2009. While pursuing his undergraduate degree in information systems, he included additional coursework that would allow for future entry into the healthcare field. His early work history included positions as a certified personal trainer in a health club followed by the acceptance of a position as the clinic director for two medical weight management clinics in the mid-90’s. These positions afforded a great deal of experience in what would later become beneficial in treating patients as a physician.

Dr. Ryan first entered the Information Technology (IT) field in 1998 after obtaining a certification as a Microsoft Certified Systems Engineer (MCSE). He continued to expand his education and experience in information technology obtaining additional certifications and accepting a management position as a network administrator and finally as a senior level IT consulting engineer. After 14 years in the information technology field, Dr. Ryan decided to pursue his original passion serving within the healthcare field. 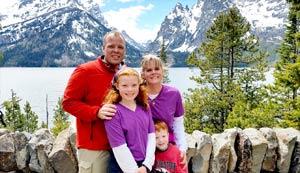 Our mission is to improve the health and quality of life of all our patients, while being compassionate and genuinely concerned with the health/wellness of patients who entrust us with their healthcare needs. Our philosophy is to treat the body as a whole and not as separate components.